Homepage > About Us > People > William Stelle

Before joining NOAA, he was a partner at the law firm of K&L Gates. His practice concentrated on projects involving complex Federal and State environmental regulatory challenges, specializing in freshwater and marine habitat issues and endangered species, CERCLA, CWA and NEPA issues. He served as NOAA Fisheries Northwest Regional Administrator from 1994 until 2000, where he managed the listings of salmon and steelhead populations under the Endangered Species Act in Washington, Oregon, Idaho, and California. He has extensive experience in state, Tribal and Congressional relations.

Before settling in the Northwest, Will held a variety of policy positions dealing with a range of environmental and natural resource programs in Washington, D.C. Within the Federal Executive Branch, he served as the Associate Director for Natural Resources with the White House Office on Environmental Policy overseeing Federal lands, endangered species and natural resource policies. Before that he was Special Assistant to the Secretary of the Interior where he helped promulgate and implement the Northwest Forest Plan, governing federal Forest Service and BLM lands in California, Oregon, Washington and Idaho. 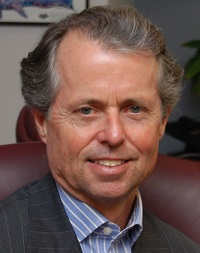