Homepage > About Us > People > Gary Barrett

Gary Barrett is currently the Acting Director at the USDA Forest Service National Partnership Office and an Adjunct Professor at the Georgetown University Walsh School of Foreign Service. Mr. Barrett was the former Deputy Director and Senior Advisor of the U.S. Agency for International Development’s Office of American Schools and Hospitals Abroad (ASHA), USAID’s only office dedicated to advancing U.S. public diplomacy objectives. Mr. Barrett served as both a Senior Program Advisor and Senior Field Program Manager for the USAID Office of Transition Initiatives (OTI) in Afghanistan. While there, he helped to manage programs in both the South and Southwest of the country.

From 2007 until mid-2008, Mr. Barrett worked for the United Nations World Food Programme (WFP) as the Head of Office for the UN Joint Logistics Centre (UNJLC) in South Sudan. There, he and his team coordinated the logistics of United Nations humanitarian assistance to South Sudan and also worked to professionalize the newly created Government of South Sudan Ministry of Transportation and Roads. His team also provided technical assistance and recommendations on the UN Mission in Sudan (UNMIS). From 1998 to 2007, and again in 2009, Mr. Barrett worked for the USAID Office of U.S. Foreign Disaster Assistance in the Disaster Assistance Support Program (DASP), where he provided essential technical support in global disaster response management, planning, operations, preparedness, and prevention. 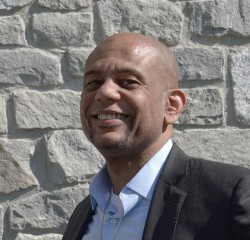